Melanie spent 10 years in Singapore corporate to realise that this wasn’t it for her. In her early thirties she went on to do a 10-days Vipassana course which lead her to one dominant thought: she wants to do something that brings her close to water. With that, she discovered Wakeboarding. And not only she spent some days on the board in the water, she actually became one of Singapore’s best Wakeboarders! In 2015 and 2017 she represented Singapore as part of the Southeast Asian Games and came 2nd in the team event.

While she was doing what she loved, she also faced multiple challenges. Getting badly injured was one of them. However, that taught her even more how to understand her mind and body and use this knowledge for a better recovery. As a doctor told her, ‘given you are so spiritual, you will recover faster’. In her late thirties she was eventually competing against teenagers again, with a body of an 18 year old and a mind that was much stronger than before.

Melanie is a prime example of someone who listens to her heart, who pushes mind over matter and who has a flair of eternal youth. 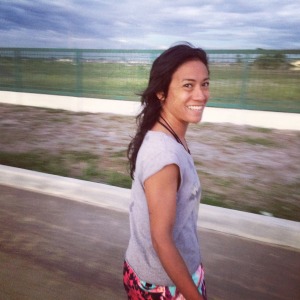 Melanie is often seen on her longboard around Singapore

This site uses Akismet to reduce spam. Learn how your comment data is processed.